I went outside after lunch to clean up the mess from the trees, see Day 191.  During my raking, I stunned a rather large toad.  I actually thought I killed it since it did not move for over 15 minutes.  After I was done raking, I placed my rake over the toad trapping it so I could get my camera.  When I returned the toad was attempting to escape.  I was able to get a few shots before he hopped away.

I normally post Jim's guest posts separately.  Since these two photos go together I decided to make this one post.

Jim was taking pictures of his hops that are growing in his backyard when a fly landed on a leaf of the hop plant. 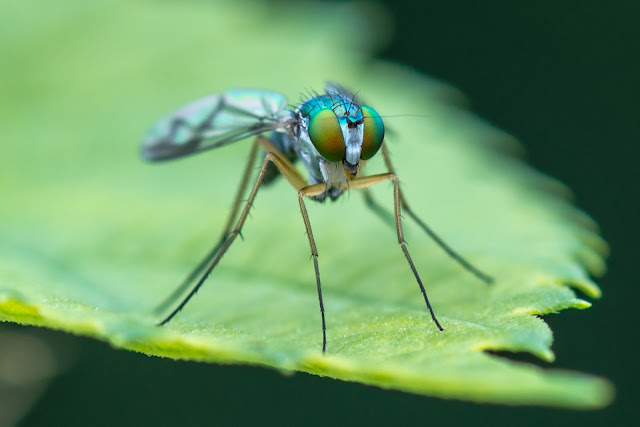